Your New 8 Most Creative Ways to Promote an Event

Selling every last ticket is both a personal goal and bugbear for most event planners. If you’ve already tried every promotional approach in your playbook, it’s time to start thinking outside of the box. Here are some creative ways to promote an event. 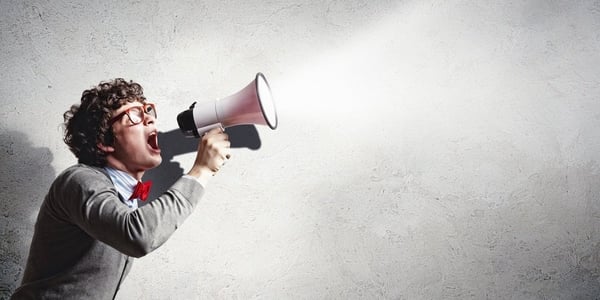 The whole point of promoting your event is to get people to share it and talk about it. It's all about generating a buzz. Even a well-known international brand with millions of fans would have a low turnout if they didn't create a buzz for it.

People love competitions and winning things. Feed into that by encouraging your fans to take part in an event-related contest. For example, a "like" or "caption this' contest where all they'll need to do is like or caption a post. The winner, who will be picked at random or one with the most likes, could win gift cards, vouchers or free (or free VIP) tickets to the event.

By offering attractive incentives like these, you're encouraging engagement. And as well as that, you're also getting them excited about the event and boosting awareness at the same time - especially if people are tagging their friends or sharing the contest.

Podcasts and Videos and Livestreams

Podcasts have long been seen as the future of radio. Once niche, many prefer to listen to them on work commutes and lengthy journeys. A 2017 survey found that more than a third (37 percent) of UK radio listeners also listen to podcasts and 26 percent tuned in because they want to learn something interesting.

You should be taking advantage of this by either launching your own podcast channel, with a theme relevant to your event, or become a sponsor or guest speaker for an existing channel that has a similar target audience.

As for videos and livestreams, did you know that YouTube is the second biggest 'search engine' after Google? Jump right on that bandwagon by promoting your event via videos, which are highly engaging and attention-grabbing.

In particular, livestreams can help give your promotional tactics an even more exciting edge. Reveal sneak peeks, backstage glimpses or snippets of interviewers from your event's guest speakers or influencers (which we'll be discussing here).

Tell a Story Through Social Media

With 'Stories' a predominant feature on both Snapchat, Instagram and Facebook, ephemeral stories are definitely the hot new thing. In the lead up to your event, engage with your social audiences by giving them in-the-moment stories. By making them feel special and as though they're insiders, your audience will feel even more intrigued and inspired to attend.

This means you can engage by reposting their content, which keeps the buzz of the event going for its full duration and probably long after it's over too.

Personally Reach Out to Attendees

Whether it's a personalised email or a special care package meant for certain attendees, personal touches go a long way. They help your audience feel more than just another attendee or fan in the sea of many others and entice them to actually come to your event or even to future ones.

Work With Local Influencers and Ambassadors

Having local influencers and well-known ambassadors endorse your event is a great way to reach people outside of your usual target audience. This helps to boost event attendance - on this one and future ones. Choosing the right influencer is key, of course. You need someone whose image aligns with your company's.

Enlist these influencers' help by sending them a private message, whether by email or social media, which acknowledges (and subtly flatters) the influence they have in your industry or geographical location. Then, invite them and a plus one to the event (free admission, of course), stating that you'd really appreciate it if they could share their experience on social media.

Having a website created and designed especially for your event screams "professional" and "high class". Plus, it means you don't have to plaster information about your event all over your normal website and bombard the other part of your audience, who can't attend, with irrelevant content.

You could even take it another step further by creating social media channels just for the event to raise further awareness.

Try One Off PR Stunts

Events are often one-off occasions themselves or ones that happen sporadically, so consider kicking it out of the ballpark by planning PR stunts to get people talking.

For example, Game of Thrones celebrated the launch of their third season on Talk Talk's TV Store (formerly Blinkbox) by designing and building a giant, 'life size' dragon skull. This skull appeared at various locations around the UK, first 'washing up' on Dorset's Jurassic Coast before appearing at the TV Store's premiere screening in the Tower of London.

Not only did this stunt win awards, but it also generated huge buzz for the show's third season and boosted awareness even more.

Take a leaf out of Game of Thrones' book by planning a PR stunt of your own. Obviously you don't need to go as far as to design a 40 foot long dragon skull, but aim to utilise the shock factor. Just make sure that it's somewhat related to your event.

And Don't Forget About the Classic Techniques...

With all of these flashy, digital ideas and modern approaches, it's easy to forget about the basics. Don't forget that classic techniques, such as leaflets and brochures, can also go a long way in promoting an event.

A well-designed printed product can entice people to pick it up, read inside and want to go to your event. Ensure that you place your leaflets and brochures in strategic locations to maximise awareness among your target audience. For example, art festival brochures would have the best impact in museums, exhibitions or even cafes frequented by like-minded individuals.

If you want your event to be a sold-out success, you need to market it in creative ways that attract attention and entice attendees to walk through that door. But it's not just about catching their eye and getting them talking. You also need to engage with your audience before, during and after the event. Maintaining relationships nurtures brand loyalty and encourages people to come to future events.

Want a Hand Producing a Brochure for Your Event?

There's so much more that goes into the planning of a successful brohure. For example, you'll also need to think about the design. If you'd like more tips, advice and information on producing a luxury brochure for your event, download a free copy of our guide...

You’re probably well aware of the growing importance and demand of eco-friendly products.

Modern technology has made these kinds of items increasingly cheaper to produce and more visually appealing. They’re a great way of lowering your business’ environmental impact - but how exactly do you produce the best kind of print using these methods?

Our checklist will give you the best advice for creating an impactful sustainable print solution.

How To Promote An Event On Social Media - CLUE: You Need to Pay

Social media has become a huge part of life and the business world is no different. Here’s how to...

Brilliant Ideas for Promoting an Event

The promotion for your event is crucial to its success. There are various things to consider from...

How to Design a Poster For an Event

As technology continues to evolve, the more traditional methods of promotion can often be swept...
Business Printing

Do Business Cards for Events Even Work Anymore?

It’s 2018; do we still need to worry about handing out business cards to important-looking people...